We are part of a world-wide community of bible students called the Christadelphians, whose fellowship is based on a common understanding of the Scriptures.

The Christadelphians believe that Jesus the Christ is the son of God, who came to fulfill the Old Testament promises and covenants of God with mankind, primarily the covenants with Eve, Abraham, and David.

We believe that Jesus is a man, who was tried and tempted as we are, yet who resisted sin even till death. Three days later, the only true God, the Father raised him to eternal life, after which Christ ascended to his Father’s side to await the appointed time of his return.

The Christadelphians embrace the hope of resurrection to eternal life at the return of Christ. We believe that this will take place soon. At that time the kingdom of God will be established from Jerusalem, growing to encompass the whole world, offering freedom, hope and salvation to all mankind. The people of Israel,as the literal descendants of Abraham, will have a special place in this kingdom.

The Christadelphians believe that salvation is attained through faith in Christ. It is through faith that we are baptized into Christ for forgiveness of sins, and thereby participate in the promises to Abraham: to inherit the earth forever.

Doctrinally, the Christadelphians are unique in Christendom in our understanding of the nature of Christ, and the way in which we are redeemed by his death. We reject as unbiblical the idea that Christ could die as a replacement sacrifice for us, thus covering all our sins forever with that one act. Certainly it is through his sacrifice that we may be forgiven, but only if we walk the path of self-denial that he marked out for us.

If you wish to know more about what we believe and preach, a detailed Statement of Faith is online. You can also get in touch through e-mail, and we’ll happily send you some material on any of the above topics. 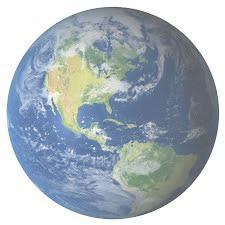 The Christadelphians became a distinct group about the middle of the last century, in the eastern United States. Since then, we have grown across the world, with core communities in the U.S., Canada, Great Britain and Australia. There are also smaller groups throughout the rest of the world, including Central and South America, Africa, Eastern Europe and the Pacific Rim. For the location of the ecclesia closest to you, just drop us an e-mail with where you are, and we’ll get right back to you.

A Community of Bible Students

The Christadelphians believe that the Bible (66 books) is the inspired word of God, complete and self-sufficient to instruct us in the way of salvation. We do not believe that any Christadelphian, past or present, has received any type of special revelation. It is only through sustained and prayerful reading of the Scriptures that we come to an understanding of the purpose of God in our lives, and how He would have us conduct ourselves day to day.

How We Are Organized

The Christadelphians have no central leadership. The highest level of organization is the ecclesia (i.e. local church) which is typically led by a rotating selection of the more mature members. It is our distinct beliefs and dedication to hospitality that have enabled us to survive as a separate community, though in most places we are quite thinly spread.

Communication is sustained between ecclesias through much travel, mail, and several magazines which publish not only articles, but also ecclesial news and announcements of ecclesial study days, fraternals and young people’s gatherings. 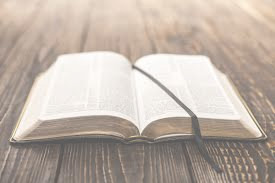 The Christadelphians believe that the Christ and his mission can only be understood in the light of a clear comprehension of the covenants he came to fulfill. Christ fulfilled the promise to Eve, that one of her seed would crush the serpent (Genesis 3:15). He fulfills the covenant with Abraham, that in his seed would all the nations of the earth be blessed (Genesis 22:18, Galatians 3:16). And he will fulfill on his return God’s promise to David, that one of his descendants would sit on his throne in Jerusalem for ever (II Samuel 7:12-16).

It was always the understanding of these men and women that the Messiah would be their descendant. To present that Jesus was born more than a man, or that he existed as a person before Eve, Abraham and David, is to reject the clear presentation of God’s purpose to these people of faith.

Jesus is a Man, Not God!

We believe that the Bible is quite clear in its presentation that Christ is a man. The Son of God, but certainly not God Himself. The bulk of mainstream Christianity has staked its life on the assertion that Jesus is God. However, this is to be rejected for the following inescapable reasons, and many more:
• God is one. There can only be one true God. It is undeniable that Jesus referred to himself and the Father as separate. To fly in the face of this the most fundamental of Biblical teachings, in any way, is to venture out onto very thin ice.
• Mortality and immortality are mutually exclusive characteristics. God is immortal, and cannot die. Jesus died. If you alter this, all Scripture is inexorably weakened.
• Jesus always very clearly pointed out his subservience to God; in power, teaching and life itself. To assert their equality is untenable.

The God of the Bible

The Christadelphians believe that the God of the Bible is one, the Father alone (1 Corinthians 8:6). God stands alone and unrivalled in the universe, the source of all good and evil (Isaiah 45:5-7). We reject the idea that the devil is one of Gods’ angels that was permitted to rebel in the very heavens (thy will be done on earth as it is in heaven) and now wrestles with God for control of the world. We likewise reject the idea of a God with multiple independent personalities as not being in harmony with the teachings of scripture.

The Hope of Resurrection

The Christadelphians believe that the covenant of God with Abraham laid the framework for our hope. To Abraham and his descendants was promised the world as an inheritance (Genesis 26:3-4 [to Isaac], Romans 4:13, Psalms 37). Hebrews points out that Abraham received nothing, and that the covenant will be fulfilled in the resurrection (Hebrews 11:39-40). We believe then that the literal earth, restored and renewed, is the inheritance of the Abraham and his descendants in faith. While awaiting this inheritance, all await resurrection in the sleep of death, where there is no consciousness (Psalms 146:3-4, Ecclesiastes 9:10).

The Kingdom of God

We believe that God will establish a Kingdom on earth at the return of Christ. This kingdom will be a restoration of the kingdom of David, with Jerusalem as its’ capital, in fulfillment of II Samuel 7.

Israel, as the literal descendants of Abraham, will always have a place in the plans of God. This is not through any particular righteousness of theirs, on the contrary, both the Bible and history have shown them to be a stubborn and willfull people (much like us all). However, God is bound by his promise to Abraham his friend to care for his descendants for ever. Those who believe in Christ, the seed of Abraham, join the ranks of his descendants, but do not replace the people of Israel. (Romans 11:1, 11, 25-29; Jeremiah 33:25-26) 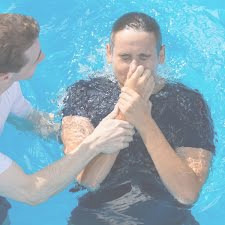 The Christadelphians believe that baptism is the outward sign of a repentant and contrite heart, of a person convicted of their sinfulness, and desiring redemption. We believe that through baptism you participate symbolically in the sacrifice and resurrection of Christ, and thereby attain forgiveness of sins. We do not believe that baptism is optional. (Mark 16: 15-16; Jn. 3:3-5)